Pictures from the workshop of ALICE RYLEY in Tarpon Springs

George Konstantinidis took some great photos of the presentation of ALICE RYLEY in Tarpon Springs. A polished workshop is about the audience reaction and it was gratifying to see the piece was engaging, gripping even, all the way through. 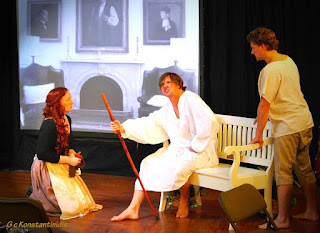 William Wise (Cody Austin) lords it over his two indentured servants Alice Ryley (Ashley Dannewitz) and Richard White (James Wright). White is about to strangle him... 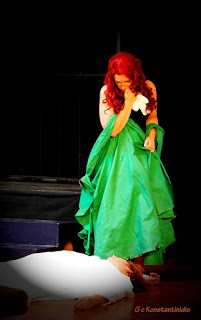 Alice (Jessica Ann Best) looks back in horror at what has happened.

Posted by Michael Ching at 8:14 AM No comments:

We do a staged workshop of ALICE RYLEY at Tarpon Arts Heritage Museum on Saturday, August 22, 2015. The preview of ALICE in Savannah was restricted by the lovely and historic confines of the Green-Meldrim house. In Tarpon, we have a more theatrical space and can truly see the piece on its feet.

The show is also benefiting from ample rehearsal time--the cast and company can focus on it. I am still getting a constant kick out of the fact that Sherrill Milnes is actually in my show as the (speaking) tour guide.


Posted by Michael Ching at 9:28 AM No comments: 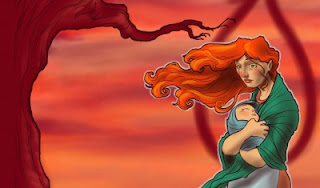 My new one act opera, ALICE RYLEY, a Savannah Ghost Story, is getting two staged workshops this month. The first is at Savannah Voice Festival on August 14th. The second is in Florida in Tarpon Springs on August 22nd. The staged workshop even includes a little orchestration. All this is moving toward the premiere at the end of October.

Cast includes the two Alices from the New York workshop, Jessica Ann Best and Ashley Dannewitz. The other performers include Jim Wright as Richard White, Cody Austin in the multiple tenor roles, and Ann Louise Glasser as Mary. You can find your bios here on the SVF website. And there's a surprise appearance.

Posted by Michael Ching at 9:07 AM No comments: