An interesting Wall Street Journal piece on Classical Improvisation. Not too much improvised opera out there. Check out the lovely cello improvisations done by cellist Eric Edberg.
Posted by Michael Ching at 7:47 AM No comments:

Oh. I think it's sold out. Well, anyway, University of Memphis has put on a splendid Hansel and Gretel last night. Copeland Woodruff's contemporary setting--a collection of abandoned places like freeway underpasses and old warehouses--is really the star of this show. There were continual splashes of creativity--great use of large sheets of plastic to delineate space, shiny lunch boxes to tempt the children instead of gumdrops and candy canes. Since they took so much liberty with it, I wish they had gone ahead and changed the sung-in-english text from words like "strawberry" and "forest" to "walmart" and "subway," but that's a minor quibble.
Posted by Michael Ching at 7:13 AM No comments:

Gratifying signs of life amongst the financial challenges

Opera Memphis is having mixed results this year, although there is more bitter chicory than sweet basil in the salad. Subscriptions are up slightly from last year, but single tickets for TRAVIATA were really off. Endowments--you don't even want to open the envelope about those. What is encouraging is that we had a strong donor response to a post TRAVIATA fundraising letter--so the hearts still beat for opera.

Labels: Opera amongst the financial ruins

Well known for her art songs, composer Lori Laitman had her new opera based on THE SCARLET LETTER premiered at University of Arkansas in Conway. It is terrific that this university undertook such an ambitious project and did a good job with it. The soloists--mostly Arkansas based professionals and faculty such as Christine Donahue and John Garst--were very strong and the orchestra played really well, with very few coordination and intonation problems. I really wished the production had supertitles so I could have heard poet David Mason's text more clearly. The opera had lyrical music and the orchestrations were strong despite the fact that Ms. Laitman said she was relatively new to scoring her pieces. 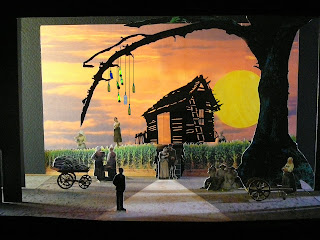 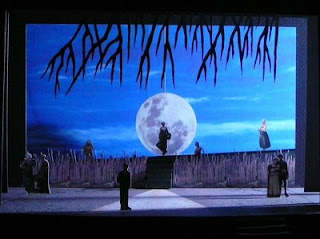 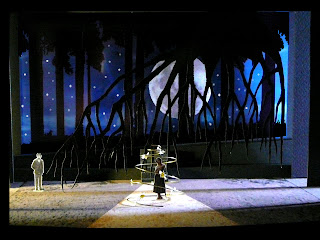 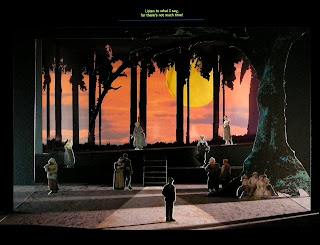 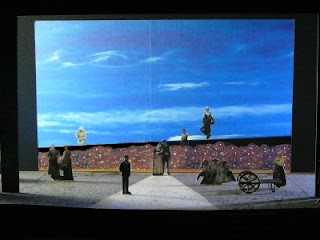 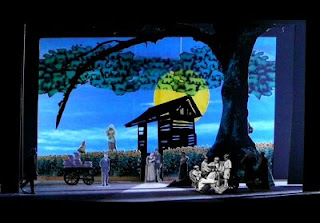 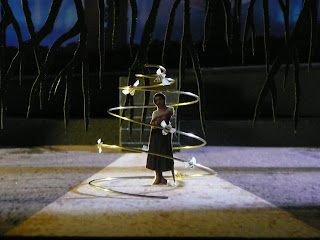 Posted by Michael Ching at 11:48 AM No comments: 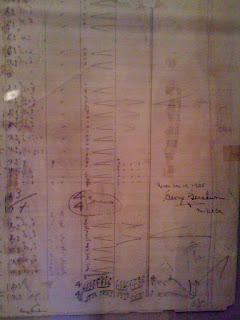 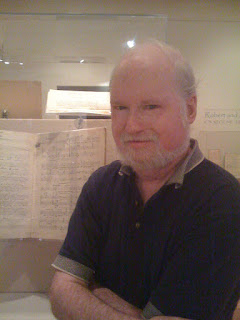 University of Arkansas composer Bob Boury has a collection of music manuscripts and working copies that are on display at the Historic Arkansas Museum. They include Victor Herbert, George Gershwin, Dave Brubeck and others. 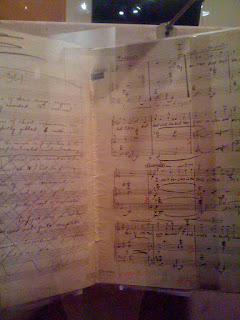 Posted by Michael Ching at 5:25 PM No comments:

A very sad and alarming sign of the economic distress arts organizations are in. Opera Pacific has performed its last program.

"Three days after its final performance of Rossini's "The Barber of Seville," Santa Ana-based Opera Pacific, the county's only major opera company, announced Tuesday that it will cancel the remainder of its 2008-2009 season and will likely close down operations for good."

All of us are facing tough times. Opera Memphis' ticket sales for TRAVIATA were very much below their goal. Our facility and endowment grant us some stability, but we are having to carefully examine everything that we do.
Posted by Michael Ching at 8:55 AM No comments:

Our next project at Opera Memphis is SCOTT JOPLIN AND TREEMONISHA. We are taking Scott Joplin's original opera and doing about 80% of it, but we are also adding a framework story about Joplin's failed attempt to get a production of his opera during his lifetime.

The overture, instead of being purely instrumental, becomes a scenario new cast members and words--In 1917 New York, Joplin pitches his opera to some producers who laugh at him behind his back; distraught, he goes to his favorite pub; he goes to another meeting with producers who don't see why anyone should want a show about black folks in 1870s Arkansas; he has a nervous breakdown and ends up in a hospital; his wife comforts him but he is distraught; even from the hospial bed, he says he has more meetings about his opera; and the curtain rises as if Joplin were showing his opera to another set of producers. All that in ten minutes.

And there's more to come... I hope that this touching context and contrast--a much revered African American composer rejected in his own lifetime--will help bring the opera to life.

Here is a "demo" of the overture so you get the idea. The vocal lines are mine, but the accompaniment is Joplin's overture, with some cuts.

Posted by Michael Ching at 12:57 PM No comments:

Saw the wonderful Tuvan throat singing group Huun-Huur-Tu at the Buckman Center here. The Tuvans are known for their special ability to sing two notes at once--one being an overtone that is shaped over their very low bass notes. It is amazing how the group conjurs up a diverse set of points of reference--a consort of viols, a country string band, a celtic band--all in the same concert. I wish that they had made more of an effort for us to understand their lyrics--they need opera supertitles!
Posted by Michael Ching at 6:48 AM No comments: