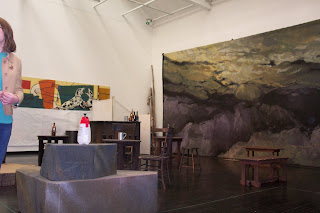 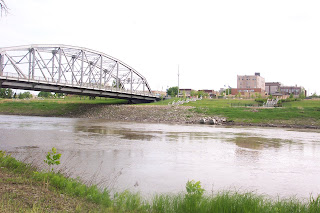 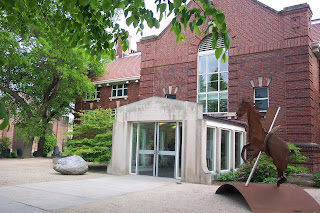 Performance in Grand Forks at the North Dakota Art Museum on the Campus of North Dakota State University. The set fit right in at the gallery. We had a chance to eat at a restaurant in East Grand Forks which was flooded in 1997.

The crowd was very quiet during the show--either refusing to or afraid to applaud. But they were very enthusiastic at the end. The acoustics of the gallery were wonderfully liquid.

The museum had a very modern exhibit--with Mapplethorpe, Hockney, Serrano in evidence.
Posted by Michael Ching at 11:27 PM