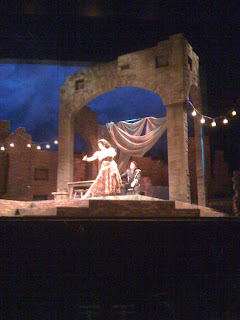 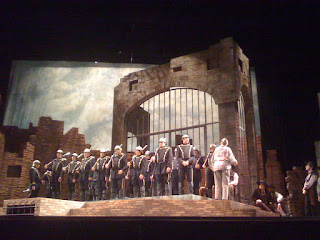 We have moved on to piano dress, the first rehearsal with costumes, wigs and makeup.

In a bit of unexpected excitement, I got bit by a six inch long centipede after the show in the pit. It probably beats the story of a cell phone going off in the orchestra pit during a performance of THE MAGIC FLUTE. Unfortunately I didn't have the wits about me to take a picture of it before a brave crew member came to my aid and stomped it. I brushed the thing off my leg before I saw it which probably saved me my dignity.
Posted by Michael Ching at 11:17 AM