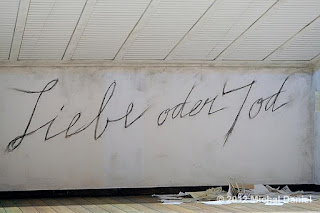 Jules Massenet's operas are not amongst the most performed in the repertoire, so it was a treat to go to St. Paul to catch Minnesota Opera's upcoming production of WERTHER.
Goethe's 1774 novel, although wildly popular in its day, is not much on the reading lists today, so in some ways the opera has outlived its source. As adapted in the opera, the plot is simple: Artist/writer loves girl, girl can't marry artist; artist is despondent and shoots himself, eventually dies. All remaining are sad or hurt.
As a character Werther is a self absorbed and the bourgeois grownup in us makes us want to say to him "Grow up!" or "Get a life!" But everybody is fascinated by the youthful idealistic flameout--the Jim Morrisons, Kurt Cobains, or Christopher McCandlesses (the Into the Wild guy) who refuse to conform. There really is no other character like Werther in all of opera.
I am doing lots of tweaks on my own opera right now, so dramaturgy is on my mind. There are some "rules" that WERTHER breaks. A couple of them are: don't take too long to die and don't take too long to get to the good stuff. But those who are willing to wade through a bit of exposition are richly rewarded by the opera's third act.
At that point, newly married Charlotte has realized that she loves Werther and not her husband, Albert. She frets about him in a beautiful aria (the "Letter" aria) and later sings one of the mezzo national anthems--"Va! Laissez coulez mes larmes" which has the extra treat of the most important saxophone solo in all opera. He also sings the unforgettable "Pourqoui me reveiller." And by this time in the show, you care about the characters, particularly Charlotte who has been trapped by a promise she made to her dying mother to marry the rather drab Albert. The payoff is worth the wait--I think the third act of Werther is one of the best acts in opera--right up there with the second act of CARMEN, or the last act of RIGOLETTO. And if the act is done well, as it was Thursday evening, Werther's very long death later is made more compelling.
Dale Johnson, the opera's Artistic Director, has assembled a strong company, especially Werther (James Valenti), Charlotte (Roxana Constantinescu ), and her sister Sophie (Angela Mortellaro, one of their fine resident artists), who are are able to look their parts, act their parts, and sing their parts. That's not an easy trifecta to pull off.
Also hard to pull off is Massenet's music.  It is often so spare that it has almost Mozartean delicacy. Pit/stage coordination can be challenging because sometimes the only person on the beat is the singer on stage. Conductor Christoph Campestrini was particularly fearless in creating little sister Sophie's youthful fun, and act one had a fine and phat bassoon solo.
Scenically, the nineteenth century drawing room of Charlotte's house and her bucolic yard is contrasted with a large black bridge and a black and white backdrop of an industrial riverside. This show is not Emmeline, or Oliver, or any other about humanity in the grip of  the industrial revolution, so it seemed a tiny bit heavy handed, but the moving bridge certainly allowed for some quick scene changes and dramatic points of view.

Posted by Michael Ching at 8:21 AM