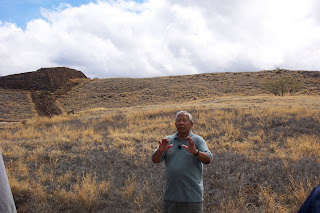 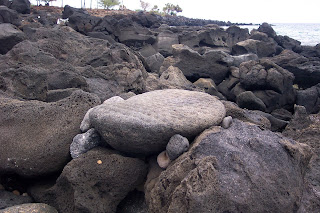 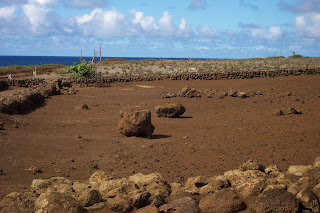 Today, we visited the Pu'ukohola Heiau, a sacred temple that was built by Kamehameha the great. It was one way he consolidated his mana on his way uniting the islands under his rule at the end of the 18th century. Some parts of the site were damaged by an earthquake last summer.

We also went to Lapakahi State Park, which is the site of a former Hawaiian fishing village.

We also visited Kamehameha's Birthplace is in a remote spot near Hawi. It is down a dirt road from the tiny Upulo Airport. It is very odd that the birthplace of Hawaii's most revered monarch is so inaccessable. The two birthing stones are revered objects.
Posted by Michael Ching at 1:45 AM