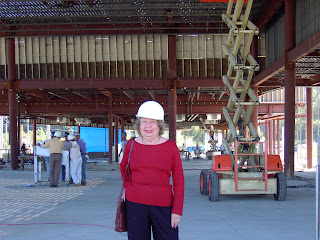 A few days ago, one of our dearest friends and supporters, Virginia Clark, died. Opera Memphis' headquarters, the Clark Opera Memphis Center, is named for Virginia and her late husband Henry. Virginia was one of the most positive people on the planet. She was the one who came in one day and said "we need to get you a new office." That idea became our headquarters.

This photo is from 2003 when the Clark Opera Memphis Center was still under construction.
Posted by Michael Ching at 11:15 PM