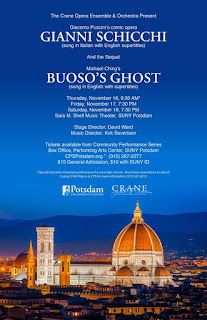 Perhaps thanks to the success of SPEED DATING TONIGHT!, BUOSO'S GHOST, my SCHICCHI sequel is making a nice comeback. Here's the post for the first of three productions, this one in November 2017 at Crane Opera Theater at SUNY Potsdam. I'll be conducting the double bill at OperaDelaware in the spring. 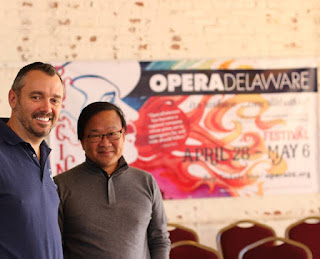 With General Director Brendan Cooke at a little show and tell for OperaDelaware
at their headquarters, November 2017
Photo by Ryan MacPherson

It's especially nice to go back to OperaDelaware as they were part of a consortium that commissioned my opera, OUT OF THE RAIN (Libretto by Hugh Moffatt) back in the late '90s. 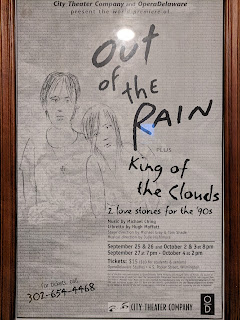 BUOSO will also play at University of Central Florida in the Spring.