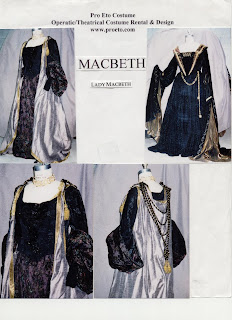 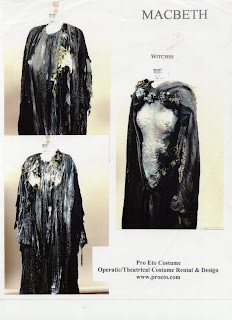 Our upcoming Opera Memphis production of Verdi's opera Macbeth features costumes from our own stock.

Costumes turn out to be as valuable as scenery in regional opera. We are saving thousands of dollars thanks to the purchase of the large costume inventory from Pro Eto costumes in Austin.

Our production at the end of January will feature traditional costumes and a non-traditional, abstract set.

By the way, the Scottish Play superstition about Macbeth is associated with Shakespeare's play and not Verdi's opera. Our production is actually underwritten by a descendant of Macbeth, Andrew Macbeth Clarkson. So as far as I can tell, Macbeth is good luck as far as we're concerned.
Posted by Michael Ching at 8:54 AM